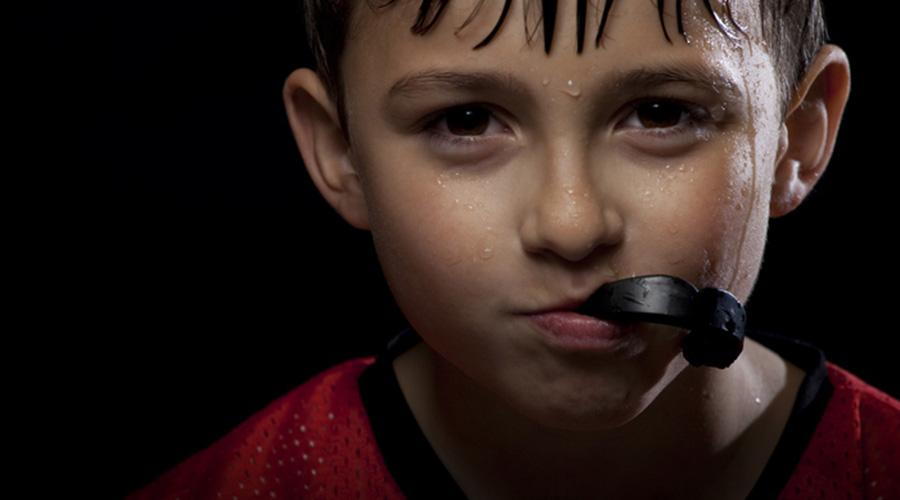 Their use is plenty apparent in professional sports. You can see Stephen Curry fiddling with his in between free throws, or observe the numerous designs NFL players use on theirs. And it’s an automatic penalty to play without one in USA Hockey.

But despite all of that, a recent Delta Dental survey says mouthguard usage in youth sports isn’t close to ideal levels.

According to a recent survey, over 70 percent of athletes in basketball, baseball, and soccer aren’t using mouthguards during competition. The survey, conducted via questionnaires answered by parents, indicates a lack of knowledge about the serious risks posed by underutilization of the protective equipment.

The following is a list of popular sports, and the percentage of children NOT wearing mouthguards during participation, according to the survey:

Dr. Bill Busch, DMD, MAGD, is the team dentist for the NFL’s Kansas City Chiefs. He’s interested in protecting the oral health of not only professional football players, but beginner-level athletes as well.

“As we know, researchers have already proved that most mouthguards can reduce concussion risk,” says Busch. “They work to stabilize the muscles of the neck, reduce the impact shock to the head and limit movement if there is a direct hit to the jaw. The thickness of a mouthguard also contributes to the level of protection."